This game is magic

Ok dear friends, let’s face it : For the Queen is the best rpg I’ve played in 7 seven years.
Yessiree ! And I will explain why. But first, let me introduce it.

For the Queen is the new game from Alex Roberts, a successful and talented game designer known for her previous game Star Crossed.

The land you live in has been at war for as long as any of you have been alive.
The Queen has decided to undertake a long and perilous journey to broker an alliance with a distant power.
The Queen has chosen all of you, and no one else, to be her retinue, and accompany her on this journey.
She chose you because she knows that you love her.

This is how we play : on your turn, pick a card and read it aloud.
The first 19 cards are the game’s rules.The next cards are questions on our relationship with the Queen, the journey, the war, etc..

By answering this questions, we frame together the universe and our characters. While the Queen is the main character of our story, she is not played by any of us. She ‘s got a central role in our story, and each character is first defined by their relationship with her.

The game is for 2 to 6 players, thought I’ve successfully run it with 8. There is no need of a game master. Each session lasts 30 min to 2 hours.

You can pre-order it at Evil Hat Production store.

I bought For The Queen last week because it’s already sold as a Roll20 module. I immediately made a DIY translated version so I could test it. And now that I’ve played it 4 times in 3 days, I can tell you : This Game is Absolutely MARVELOUS.

So, you need some proof ? Ok, fine. I said it was the best RPG I’ve played in 7 years, so let me explain why.

Update 2 : you can play 13 games inspired by For the Queen for free on this website : www.forthedrama.com It’s a community project where you can also create and publish your own game

Why For the Queen is soooo good

Because in a 30 minutes game, you have a rich, fun and exciting RPG experience. And you can play with people who didn’t know what is a RPG before. And who never had to read the rules or to listen to someone explain them. That’s turned me upside down !

For the Queen has 2 strengths : it’s accessible and it’s smart.

This game is so accessible that :

Smart : oh yeah, this game is smart.
Here are some ideas I have seen in others TRPG and that For the Queen draws from :

I loved my Queen, but I still betrayed her

So : what does a session looks like ? Well, none of the sessions I’ve played were like the other, and that’s because there’s no pre-established game universe.

After only 3 sessions, we found ourselves going to space to reach an alien race. We traveled to the Mountain of Death, searching for a powerful artefact. We rode on the arid steppes.

But there are a few fixed elements. The session culminates with a final question, a last card, which is always the same : “The Queen is under attack. Do you defend her ?”.

Yes, I think you know where it’s going : the party will talk about faithfulness, treachery, betrayal, sense of duty and honor. And the love for your Queen. This Queen who is sometimes loving and sweet. Sometimes also capable of the most abject cruelty “for the good of the kingdom”.

And this creates a joyful, relaxed atmosphere with plenty of laughs : “What ? you just said that you are her trusted bodyguard ! How dare you to embush our Queen ?” etc. etc.

As soon as we finished our first session, one thing became obvious : For the Queen is begging to be hacked. Hacks with new themes. New cards for playing with interpersonal characters relations.

In conclusion, I will say that For the Queen is a fabulous concept that shines with its simplicity.

The kind of game that I want to carry in my bag at all times and take out on any occasion.

I now only hope for one thing: a french translation, as it’s my native language — and a nice distribution.

This game deserves to appear in the stalls of stores not specialized in RPGs, and thus to find its public. 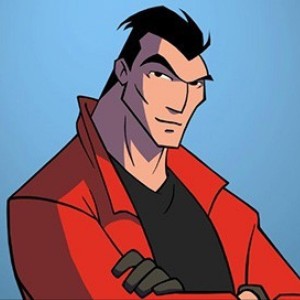